A nourishing vegan body butter, rich in Amazonian Castanha oil and vegetable butters, with a creamy and velvety texture to moisturise and soothe dry skin.
Description
This vegan body butter is concentrated in Amazonian Castanha oil, rich in Omega 6 and 9, highly nourishing. Its 96% natural and biodegradable formula is also enriched with Amazonian plant butters (Murumuru and Cupuaçu) to intensely moisturise and nourish your skin and protect it from drying out. The nourishing benefits and enchanting scent already known from Castanha in a new smooth and velvety texture, which comfortably envelops your skin...
Benefits
With a bioactive from the Amazon - highly concentrated Castanha oil

Vegan
How to use 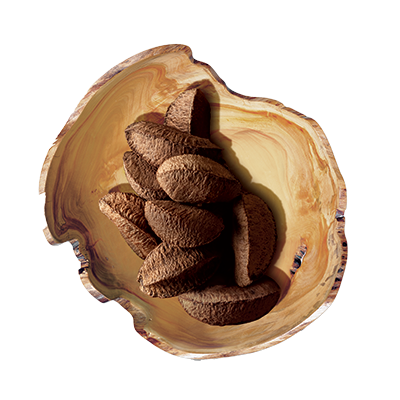 Apply all over the body, especially on dry areas, and massage until completely absorbed. Do not apply to the face.
About
THE CASTANHA, A TREASURE TROVE OF NOURISHMENT. The Castanha, or Brazil nut, is the fruit of a tree called the castanheira. Magnificent and abundant, it is seen as the king of the forest. The nuts used in our products are harvested by two traditional communities: RECA in the Rondônia region and Reserva de Desenvolvimento Sustentável do Rio Iratapuru in the Pará region, where we find the largest areas of castanheiras in the Amazon. Once harvested, these nuts are traditionally grated and pressed into a nutritious milk which is the staple food of Amazonian communities. An oil with emollient properties is also extracted from the Castanha, which is used in the Ekos Castanha line. Natura Ekos was inspired by the traditional knowledge of the Castanha, passed on by the Iratapuru community. Learn more
Reviews
There are no reviews yet.
Write a review